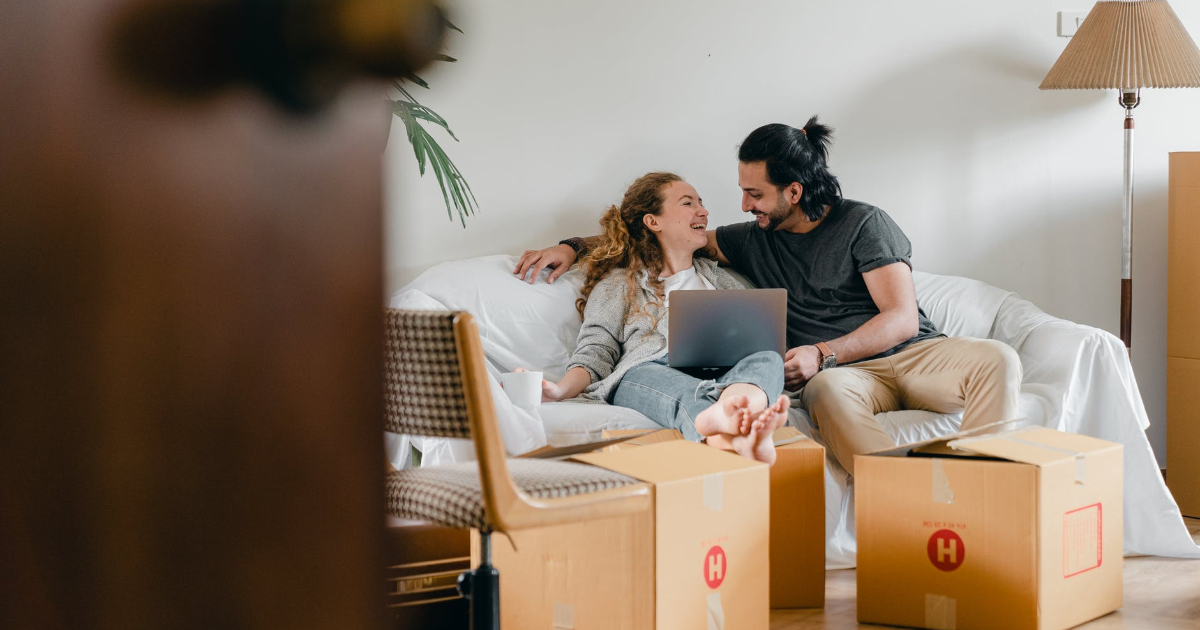 For those who have moved to a new home, they have definitely heard or will hear more than once from friends and relatives the following question – when will there be a housewarming party? As it turns out, housewarming is not just a reason for a good party. It is also a full set of traditions, which would be desirable to cultivate in each new home.

The term “housewarming” is descended literally from the act of warming a new house, in the days before central heating. Aside from literally warming the house, this tradition was also believed to repel evil spirits. It’s done easily by creating a protective atmosphere of warmth.

More on some of the most popular housewarming traditions and how to celebrate them, read in this article below.

Ring a bell in each room

For practicing feng shui homeowners and those who believe in auras, this tradition is a must. It’s a ritual that swears by ringing a space clearing bell. Supposedly it can help clear each room in the new home.

Opening up windows, turning on fans and letting in the sunlight are other great ways to start. It’s to welcome in auspicious feng shui chi, which is what you want in your new home.

If you grew up in the American south, you may be familiar with this one. When moving into a new place, you must paint your porch a haint blue. But if you didn’t, here’s the main deal. Haint blue is the color of paint applied to the ceiling of a front porch. Why?

Tradition holds that haint spirits cannot cross water, so painting a home with blue is a symbolic way to keep away bad spirits. Originally, this paint was created by hand mixing pigment with lime to create a paint. Some theorize that the blue color also tricks mosquitos into leaving, as the color looks like the sky.

Light A Candle On Your First Night

A candle can be a great housewarming gift and it is so for a reason. It is believed that lighting a candle helps ward off evil spirits by adding light into the home and symbolically casting out darkness.

In many religions, it’s even common to light a candle while saying a prayer, or as part of an offering. A house “warming” can also mean lighting a fire in the fireplace. It was also an old tradition that has its roots in medieval life. After all, it is known that fire is a very strong symbolism for strength, purity, and represents good. Same effect can be caused by a candle.

Let a cat in your home

As for the traditions of the new home, there are some truly interesting rituals that must be followed before housewarming. On the day of the move, one of the traditions says that the cat should be the first one to be allowed in the home (of course, if the owners have a cat).

At one time, the new owners did not even climb over the threshold until the cat had chosen a place and layed down.

Jump over the threshold with both feet

When entering your new home, you even have to jump over the threshold with both feet – such a ritual brings good luck to the new stage of life.

It is also important to ensure that visitors come across the threshold and only then the hosts can greet them. This also applies to the transfer of things – never hand over any property over the threshold, always take a step back, because it can give away your happiness, according to folk beliefs.

Bread and salt, in Russian Jewish tradition, represent hospitality. They should be the first things to be brought into the home. Bread, so the owners never experience hunger, and salt, so their life will be full of flavour. This is a tradition that is still a thing even nowadays.

The burning of dried sage is a traditional method of clearing out negative energy in a space. Directing the smoke into the corners of a room can clear energy, and add protection from negativity.

This practice is thought to be derived from Native American traditions. According to some practitioners, it’s important to light the sage, gently blow out the flame and then let it smoke on its own. Place it in a fire-safe bowl or container.

In old French speaking countries, the changing of the chimney hook (pendaison de crémaillère) signified the start of the housewarming thank-you meal. It was served to those who helped build the home.

The cooking pot would hang from a hook inside the chimney over the fire, and it was the last piece to be put into place when a home was built. After that not much else to do than to cook yourself your first meal in the apartment or a house.

When to celebrate your housewarming

As housewarming is the consecration of the new home, it is recommended to organize a housewarming party and invite guests as soon as possible after moving in.

That being said, it is not always possible, because you want to invite guests when your home is  already beautiful and things have been unloaded from the million boxes. Other than that it is also important to just follow your own intuition. It should happen when you feel that the home is ready to receive guests.

When you get to know the traditions and rituals, you have to focus on the most important thing – celebrating this beautiful occasion! Even if something is done contrary to tradition, good intentions will not do any harm to the hosts or the new home.

Gratitude for your old home

However you want to go to your new home in a hurry, you should not ignore your previous place of residence. Many beliefs say that when you leave your home, you have to show gratitude and do not leave a messy and dirty environment there.

But the broom must always be left where it was used, it must not be taken to the new home. It is interesting that when walking away from the previous place of residence, all the doors should be left open. It is clear that the front door will not be left unlocked, but all the others can be left wide open.

And the most important thing to consider. When you walk away from your previous home, you don’t have to look back, but only forward – towards new happiness.

If you’re looking to get a gift for somebody’s housewarming, check out our article Gifts with good karma for some useful tips. Other gift ideas are located in our category Gift ideas.