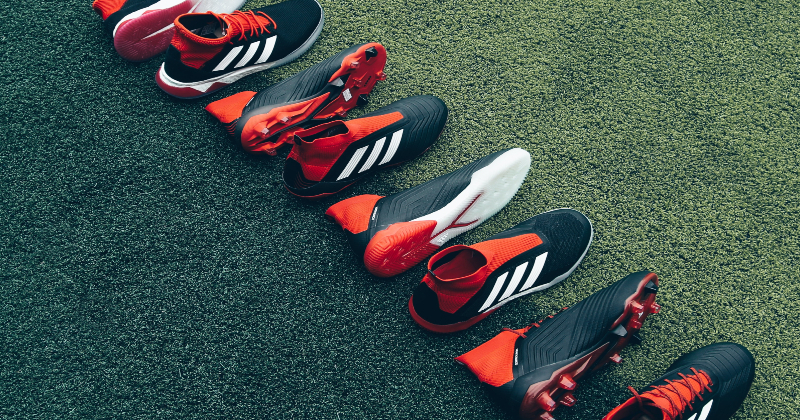 Adidas’ three stripes is something that gets  recognized all around the world. However, not everyone knows about how this well-known brand corporates. Being the second biggest sportswear brand, Adidas has been paying a lot of attention to sustainability.

Adidas not only realizes that sport improves the quality of our lives, they also know that people need a place where to do sport activities. Therefore, it’s necessary to take care of the environment. In order to do so, adidas has committed to setting context based targets.

While adidas is constantly improving their sustainable perfomance, they already have many accomplishments.

Since 1998: adidas has set mandatory requirements for fair working conditions, appropriate salaries and a safe working environment at suppliers.

Since 2000: adidas has been listed in the Dow Jones Sustainability Index.

In 2016: adidas eliminate plastic bags from stores and by 2017 majority of its sites are mostly plastic-free.

By the end of 2017: adidas’ products are more than 99% free of poly and PFCs (perfluorinated substances).

Since 2018: they source its cotton globally as more sustainable cotton

Since 2019: their first fully recyclable running shoe Futurecraft Loop has been in the testing phase. Additionally, they test consumer-friendly solutions for returned and used products. In the UK, customers can return their footwear and apparel and receive a voucher for the online store.

While their targets seem very ambitious, adidas has received some critique as well. One case that raised questions was their decision to launch Soviet-themed products. A Change.org petition against Adidas Soviet-themed clothes compared using USSR symbols to using Nazi symbols.

They have also been criticized about using animal products (while stating that they do not use them) and small wages for workers in Indonesia that do not cover basic living needs. However, comparing to its competitors, adidas is still showing a great example when it comes to sustainability.

As adidas have stated themselves: they do not let themselves to rest on the laurels of past. And that is true. They have set many targets for a better future.

In 2021: the first fully recyclable running shoe will be launched.

From 2021 onwards: packages used to transport products from the manufacturing countries to the stores will be made from recycled materials. Adidas is also testing a recycling loop for their transport packaging.

By 2024: the company will only use recycled polyester in all adidas products.

By 2030: adidas has committed to reduce their greenhouse gas emissions by 30 percent (compared to 2017)

By 2050: adidas aim is to achieve climate neutrality

It is reasonable to say that adidas is a socially responsible company. Are they perfect at it? Well, no. However, they do show a will to improve and to make their production better for everyone – both people and environment.