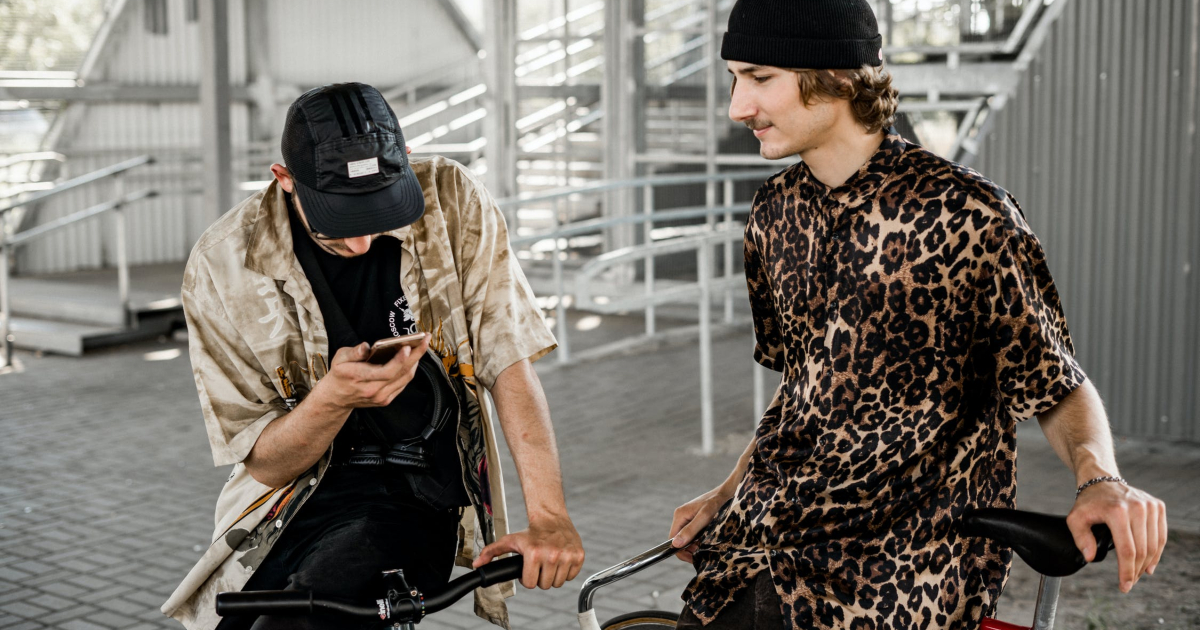 Animal patterns periodically enter fashion in various performances. Opinions about them also change over time. For example, a snakeskin pattern is often associated with elegance and expensive leather goods, while a leopard print has often been considered vulgar and tacky.

Leopard print has a long history, reaching both highs and lows in the fashion world. In this article, we will learn more about where the leopard print came from and how it has gone through various eras of historical fashion.

It all begins in Ancient Egypt

Historically, leopards have played a significant role in iconography around the world. The clay figurine “Chatalhöyük Sitting Woman”, dated to around 6000 BC, shows a female figure resting her hand on a leopard.

For example, the picture below shows Seshat, the Egyptian goddess of wisdom, who was often seen wearing leopard or cheetah skins. The goddess Xi Vanmu, known in Chinese mythology as the Queen of the West, is depicted with a tiger’s teeth and a leopard tail. We can conclude that leopard skins were considered an exclusive and royal symbol due to their beautiful print.

Leopards have long been considered strong, very hardy and elegant animals. It is thought that the desire to emulate and point to one’s high status in society is why one feels a primary connection with these beasts.

Going forward, the 18th and 19th centuries were when leopard print got only more popular. The leopard pattern confirmed the status and pointed to wealth. Entering the 20th century, leopard print on clothing and accessories were mass-produced, becoming a popular choice. In this way, entering the world of fashion.

The evolution of leopard print in fashion

From royals to punk rockers, from trends to sophistication – there are many different leopard patterns. In this section, we will follow the evolution of the leopard print over the last hundred years of fashion.

At the beginning of the 20th century, leopard patterns came into vogue because of the genuine skin of the beast. It was hung on the walls of the offices of the richest and most influential men to show dominance and power. Leopard skins began to appear in the wardrobes of popular movie stars and wealthy housewives.

The great merit of starting this fashion trend is precisely the mass production that has been influenced by the Hollywood stars. Designers such as Christian Dior said at the time that:

If you’re honest and nice, don’t wear this print.

In this way, highlighting that the leopard pattern is for people with character.

In the 1940s and 1950s, American pin-up girls were wearing decorated corsets, lingerie and dresses in leopard print. This, in turn, encouraged the association of the leopard pattern with erotica. At that time, the American lingerie brand Vanity Fair started selling lingerie with leopard print.

When the fifties passed, the leopard pattern experienced another renaissance. The fur had become an important status symbol among the wealthy. And although the rabbit and fox fur was on the top, the skins of the big cats were ahead of everyone else. Especially the leopard fur.

In the 1960s, this trend in leopard print gained a real foray into society. It was pushing the main fashion trend for years to come. Demand became astronomical, and hundreds of jaguars and leopards were killed to facilitate the fur trade.

However, until 1968, Rudi Gernreich dedicated a whole collection of faux animal skins after a bloody trend for real fur provoked a successful protest from the animal rights movement.

In the 1970s, the AVS leopard pattern formed an association with a vulgar and flashy lifestyle. Consequently, this article appeared widely in those sections of the public who showed resistance to the norm. For example, the leopard pattern began to appear in emerging punk subcultures.

The eighties, on the other hand, were a time of freedom. A variety of colors and patterns could be found in fashion. You can name any animal and there is a good chance that it was represented in fashion. From leggings to sunglasses and purses, from leopard, zebra and snake patterns to giraffe and elephant leather prints. Everything was on top!

In the 1990s, leopard patterns began to flourish slightly, although they were still often worn. This decade begins to blur the line between elegant and flashy leopard print. Celebrities like Kate Moss were not afraid to wear leopard print dresses and skirts. Many, of course, followed her lead.

Animal skin patterns are still in vogue today. In the last few years, it has been no wonder to see leopard print in both the Givenchy brand collections and Prada’s latest outfits.

However, it is no surprise that these famous designers have fallen in love with these giant cat patterns on clothes and accessories. After all, leopard print can be applied and is consistent with every color palette, every event and every skin tone.

Brands like Zee Socks who are all about cool space designs and fun prints, have Leopard Socks in stock for everybody too.

Speaking of socks, check out our other article The Coolest Sock Brand in the Universe – Zee Socks.

It is safe to say that leopard print is not going anywhere and is here to stay.